So here I am, living in Los Angeles for two years now, somehow successfully avoiding two things that seem to come with a 9-0-something zip code: body image issues and a shrink. I eat carbs – specifically carbs laced with gluten – I don’t have a trainer and I’ve never participated in a juice cleanse. I don’t subscribe to sober January (or sober any month for that matter) and I have yet to step foot inside a SoulCycle studio, despite owning multiple pairs of Kate Hudson’s Fabletics stretchy pants. I’ll admit it, clothing that takes me from hiking Runyon right onto brunch just makes sense. I can’t believe I just typed that.

The thing is, its impossible to live in LA and not want to partake in some kind of fitness slash vegan slash stretchy pant situation. It’s nice, like, almost every day so there’s no hiding that winter bod behind layers of warm clothing. Which compels a person to peel themselves from their laptop slash stack of books slash Grace and Frankie marathon on Netflix and get their ass to the gym.

Which brings me to a particularly unsavoury part of trying to stay fit in LA: gym people. Obviously, people sweat it out in the gym all over the world. It’s not like Los Angeles is the only city where it’s inhabitants have access to a mirror and inconveniently teensy swimwear. But having experienced gym culture outside of the US, I can say for certain gym people are of a different breed here. For example:

Territorial Guy – This is the guy who drapes his sweat-soaked towel on various machines in between weights and jump rope to let everyone know that he’s interval training, so to avoid fucking with his flow. I will always fuck with your flow, guy, because guess what? You don’t own this gym.

A-Type Girl – Women are efficient as fuck at the gym, this I like. Most of us are there to get the job done, in and out, because we got shit to do. This gal is other level, though. Whatever you do, do not disrupt her 8.5 treadmill pace or take too long on the elliptical or she may poison your power elixir when you’re not looking.

Zero Exercise Guy – You want to know how to achieve absolutely zero results at the gym? Observe this guy, lounging about on sought after weight benches, watching sports (why does my gym have so many big screen TVs?), playing games on his phone like someone who will literally never encounter a vagina in real life.

I Woke Up Like This Girl – This gal rocks up at 7am in full make-up, false eyelashes, and barely breaks a sweat but really benefits from the half-dozen sultry power squats she’s posting on Insta via Boomerang.

Imma Big Deal Guy – I have a hectic day job, I get it. But I’m never going to participate in a conference call while at the gym. This guy has no problem speaking loudly and obnoxiously into his headset while perched on the leg press with zero anxiety about uttering anything proprietary. He loves to talk total nonsense to fellow gym-goers about the “business” in which he manages. He’s highly caffeinated and probably simultaneously listening to a Tony Robbins audiobook.

Au Natural Girl – I get it, I’ve switched to all natural deodorant too and I’m all about breathable cottons, but dropping to a lotus position to get in a minute of meditation in the middle of a loud gym is going to draw some eyeballs. Also, leave the mala beads at home.

Exhibitionist Guy – I see you. You see me. But there is absolutely no need to acknowledge each other’s presence. I get it, you worked hard for that eight pack, bro. But if you’re after positive reinforcements by way of a sleazy stare, I’ll never give you the satisfaction.

Bottom line, I look at the gym as a Harry-Potter-meets-Dirty-Dancing dynamic. As soon as I place my ear buds into my ears, just like that, I disappear under an invisible spandex cloak. This is my dance space; this is your dance space. 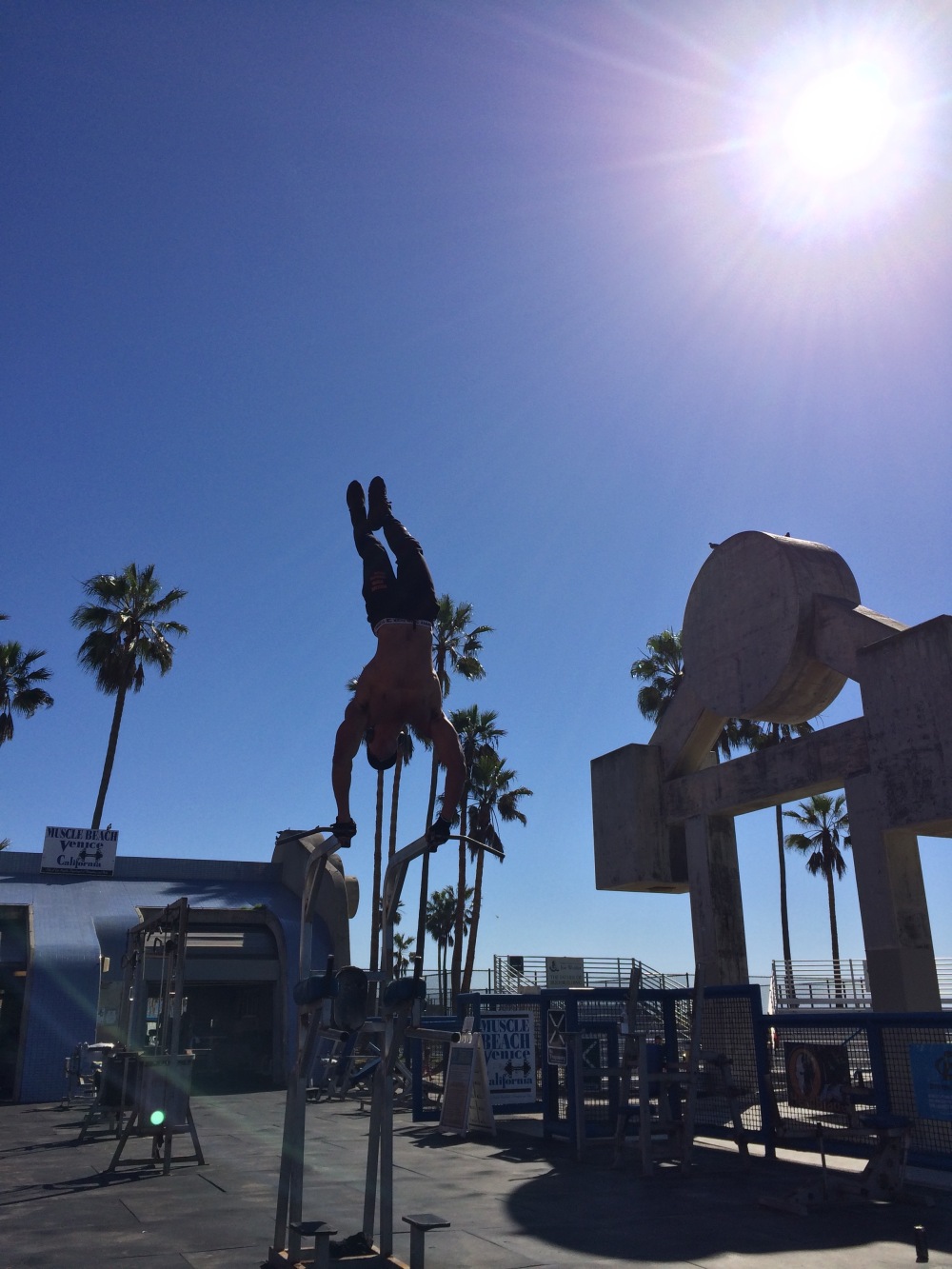 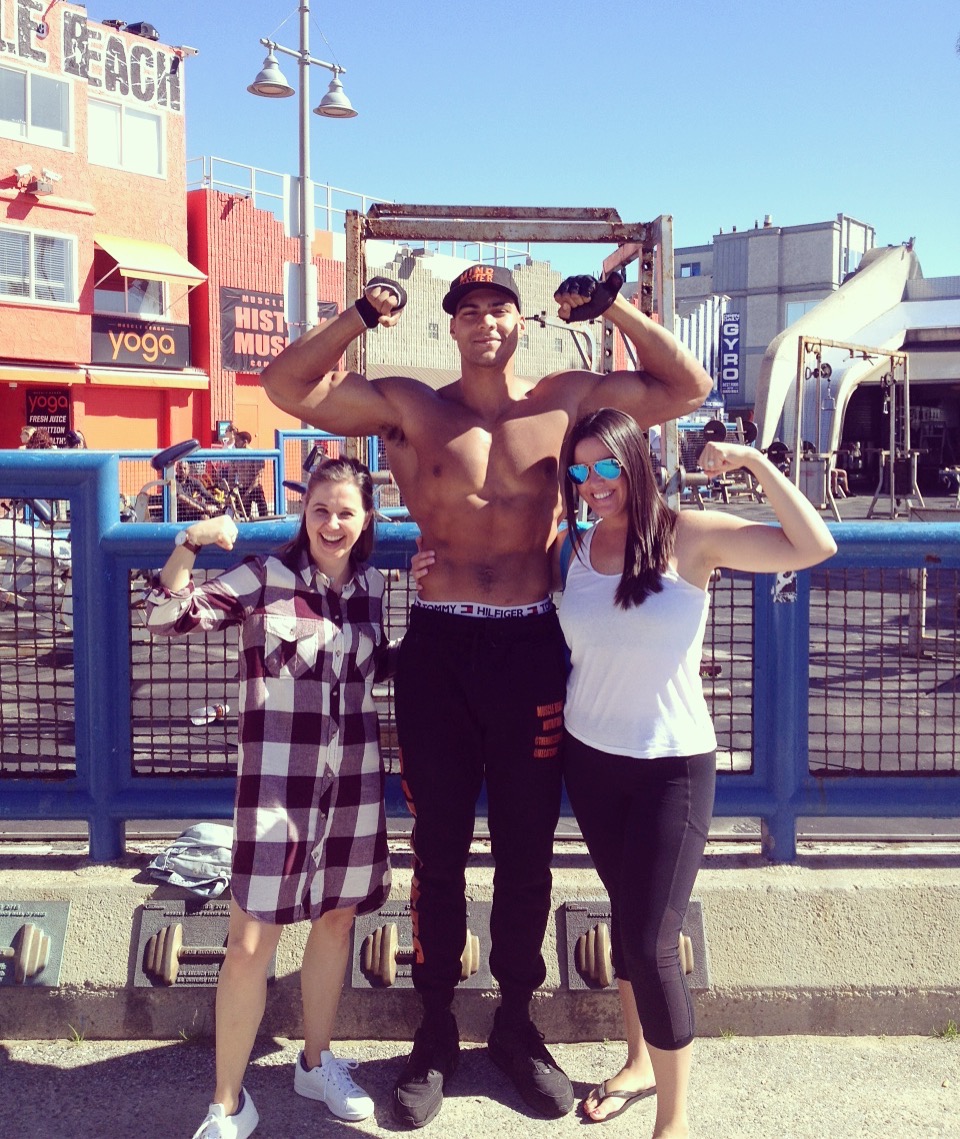