A lot of people come to California for sun, surf and sandy beaches. For those of us visiting from cooler climates, it’s a quick escape to dryer days and warmer nights. Palm trees, paparazzi and celebrity sightings aside, Los Angeles has many layers beyond the tourist trail and well-beaten path. It’s hard to visit this town without viewing it through a completely different lens each time. She’s not a generic city, but rather an ever-evolving mess of culture, conspiracy and color. All hail the cities of the world with some element of grit and imperfection.

Having just spent 3 weeks in West Hollywood, I can report to you first hand that there’s no sleeping there. Not really, anyway. Sure, the street I was camped out on was lovely and quiet and lined with blooming trees and songbirds. More peaceful than the home I came from, situated in a much quieter city in comparison to buzzing LA. But the energy wouldn’t allow me to slumber. There was no drifting off in this otherwise quiet corner south of the Sunset Strip. There’s too much to do. Too much to soak in.

First off, there are fruit trees flourishing everywhere. I’m not sure if these mile-high godsends of shade are meant to be harvested by the general public, but there were no signs stating otherwise. Why let a perfectly ripe lemon or banana go to waste? And the mansions that line these streets aren’t what you would imagine in this overzealous zip code. Sure, they’re grand in stature and design, but most have been sub-divided from the luxurious castles they once were and turned into multiple rental suites.

I can’t seem to visit WeHo without being drawn to the intrigue and glitterati underbelly that exists at the famed Chateau Marmont. Can’t do it. Call me seduced by celebrity if you must, but it’s the history of the joint that I find irresistible. If only the tormented spirits who haunt the hotels dark and twisting corridors could talk. Maybe they can, depending on which psychic you talk to (and there are plenty). This time we spotted the gorgeous Rose McGowan donning a pixie cut and a cute Prada shift.

Pool parties are part and parcel when staying in West Hollywood. Not just for the people watching or sipping cocktails among social climbers, but because it’s so damn hot. Hollywood can get sticky, even in the dead of winter, so take my advice and seek out a pool situation. SkyBar at the Mondrian and The Standard both allow non-guests to hang by the pool and use the towels and loungers, if you’re spending a bit of cash on booze and food. The Standard has a $30 USD minimum per person, which is easy to burn after a few poolside Pimm’s cups.

Live music is probably what lured me to the Hollywood Hills in the first place, and it’s certainly my reason to return. The House of Blues on the Sunset Strip books everything from A-list rockers to up-and-coming musicians and tribute bands. The Viper Room seems to have an otherworldly list of talent each night, as every time I go, I’m floored by some band I’ve never heard of. Whiskey a Go Go is not for the faint of heart, but if you can handle the crowds and are looking to channel the ghost of Jim Morrison, by all means – walk on through to the other side.

Once you’ve recovered from WeHo’s nightlife, head straight to Melrose. Not because the broad who inspired the schwing at one time fictionally resided here, but because it’s the perfect mix of high-end designers, mom-and-pop shops and savory eats to cure your hangover anxiety.

Start with a stripped down – literally – rock shirt purchase from Joseph at Yonada. Not only does he carry every concert T you could dream of, his regular clientele range from Kirk Hammett of Metallica to Zayne, formally of One Direction. For the gals, he’ll snip, tear and shred your T to perfection, creating a custom fit not found at your run-of-the-mill chain store, all for $25 a pop. After Joseph has transformed you from weary tourist to a sycophant with street cred, turn the corner and follow the Where the Wild Things Are street art towards Maison Richard for the best French fare in the neighbourhood. Cap off any Sunday on Melrose sifting through endless tables of kitsch and one-of-a-kind décor at the Melrose Trading Post.

If stargazing – of the celestial variety – is your jam, join the legions of tourists and locals alike to the Griffith Observatory. The night we ventured to this iconic white dome that darts out over the Hollywood Hills, the moon was obstructed by clouds. So the operators of the giant Carl Zeiss telescope were forced to turn the massive apparatus slightly west to catch a crystal clear glimpse of Jupiter and the three moons that surround it. It was one of those pinch me moments.

Speaking of the Hills, hiking is where WeHo gains points, when comparing it to the coast. The Cahuenga Peak trail to the Wisdom Tree was my favorite, but for an easier trek, try Runyon Canyon but don’t drive there. Take an Uber from your hotel, as you’ll never find a place to park.

Finally, back to where WeHo was born, the gay district is fun and fabulous and crawling with fit, young people living it up. Where else can you get male go-go dancers during happy hour?

The coast is what tugs at my heartstrings, but WeHo has definitely caught hold of my soul.

All I wanna do, is have some fun.
Until the sun comes up over Santa Monica Boulevard.

– All I Wanna Do, Sheryl Crow 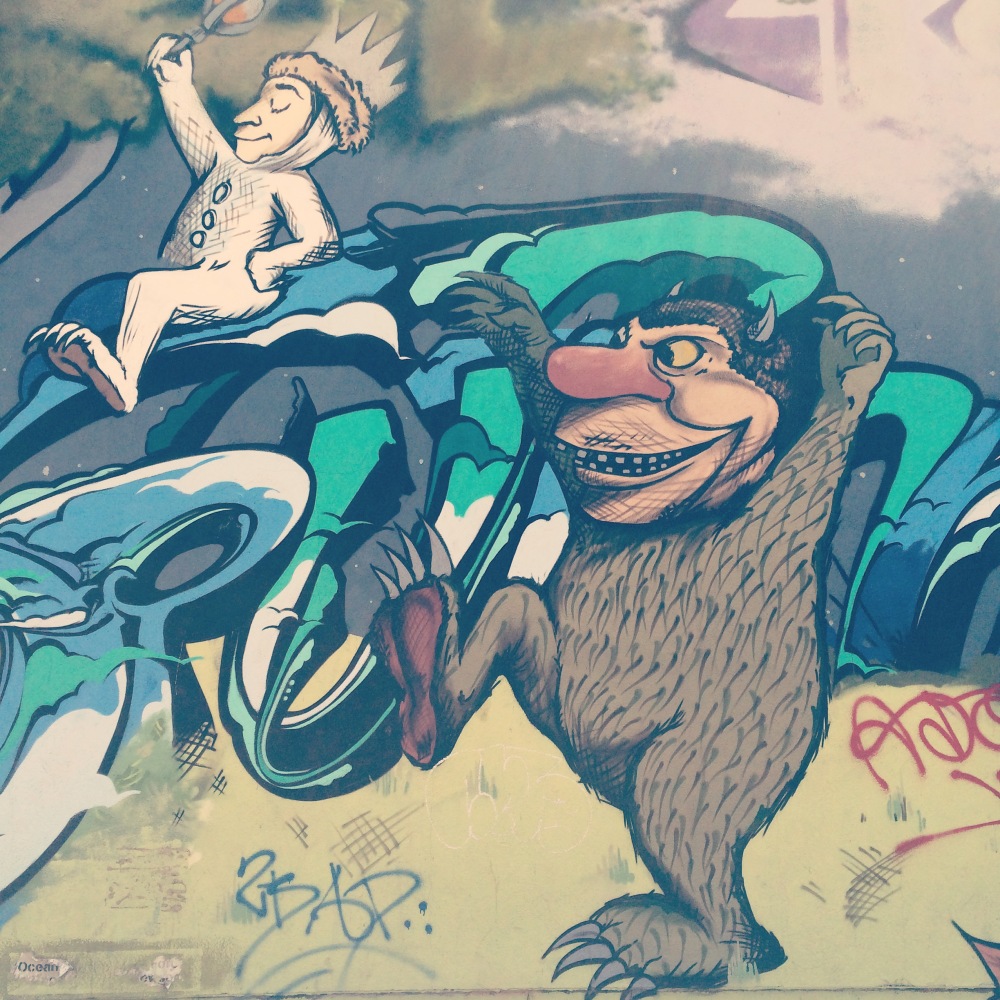