Speeding towards the desert foothills of the San Bernardino Valley in one hundred degree heat for CalJam, a one-day rock music festival revival, conflicting thoughts raced through my head. What would typically feel like a rush of joyful anticipation leading up to a music festival became laced with anxiety.

After a historically sad week in music following the tragedy in Las Vegas and the sudden passing of Tom Petty, that sweet pre-concert build up was being overshadowed with dark thoughts. What “suspicious signs” should we be looking for? If the unthinkable happened, do we hit the deck or run for cover? What would be the plan if my husband and I became separated for some reason?

As a Canadian, these are things I would have never considered before moving to Los Angeles. As a reasonable person I realize tragic events can happen anywhere. So when we passed through the iconic rainbow entrance at Glen Helen Amphitheater on Saturday alongside thousands of other music revelers, it struck me — we’re all in this together. A single flowing mass of energy showing up to have a good time. That joyful anticipation quickly returned and security became secondary.

An event dubbed as the album release party for Foo Fighter’s ninth studio album Concrete and Gold, the lineup was just as iconic as the original California Jam’s that took place in the 70s. We arrived as two-man British band Royal Blood took the stage and rocked the crowd in the searing heat of the day, with some people vying for shade beneath the massive speaker stands.

Brits would continue to prove their rock prowess with Wolf Alice on the Sun Stage while Liam Gallagher held court at the CalJam17 Stage, treating the crowd to a few Oasis hits. He would later join the Foo Fighters on stage for a rendition of the Beatles’ “Come Together” before leaping into the audience for what looked like a group hug that quickly turned into a lengthy crowd surf.

As the sun set and temps began to drop, Cage the Elephant turned up the heat with a ground shaking – literally — set that commenced with their version of “Mary Jane’s Last Dance”, one of many tributes to Petty throughout the day.

After taking in what was already an A-list lineup of rockers, Queens of the Stone Age lit up the natural amphitheater with an electric light show and wall of sound that could metaphorically melt your face off. Between songs, lead singer-guitarist Josh Homme spotted a sign in the crowd and politely asked the rowdy pit of fans to pass it up to the stage. The sign, which Homme hoisted above his head, read “Vegas Strong.” When he flipped it to the other side it listed all 59 names of the victims of the Las Vegas shooting a week earlier.

“We are nothing when we’re apart. We are everything when we’re together, forever. Let’s have the fucking time of our lives,” Homme said before launching into the next song.

The finale of the fest was of course the Foo Fighters, who played a two-hour set with several special guests, including Joe Perry of Aerosmith who headlined California Jam II in 1978, bringing the magical day full circle.

More than ever, we need live music. More than any other time in US history people need to come together to sing and dance and have a good time. As Homme sensitively pointed out, we are indeed everything when we’re together.

Originally published in The Province. 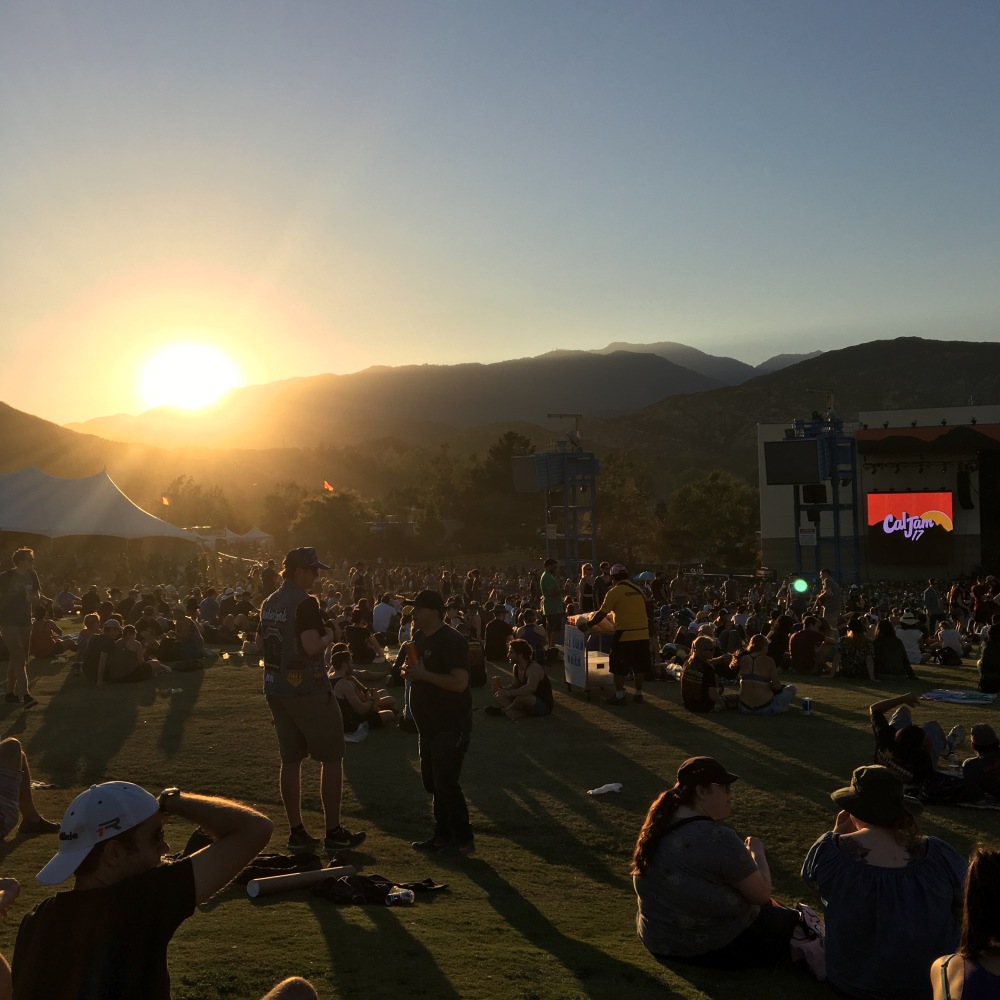