I’m not really one for tribute bands. There’s this group Peace Frog who does a pretty solid tribute to The Doors every Sunday here in Venice, which I love because Jim Morrison and that era kind of define Venice and deserve to be honoured as such. But overall, most tribute bands are washed up impersonators, in my humble opinion.

Then one day I heard that Maya Rudolph had a Prince tribute band that was set to play two back-to-back shows at the Troubadour. All former notions aside, there’s no way I could resist this show. I have loved Prince since Purple Rain single-handedly forced me into puberty and Maya Rudolph is a comedic goddess, not to mention the Troub is my favorite LA venue. Worst-case scenario, it would be good for a laugh and a bit of a boogie, right?

Princess is a dynamic duo made up of two devoted Prince fans – Maya Rudolph and her best friend, jazz vocalist Gretchen Lieberum. Throw in a kickass backup band and some pseudo backup dancers who present her majesties with the appropriate stage props and accessories, and you’ve got a tribute show sure the melt any Prince fan into a pool of purple goo. Words eaten. All hail the tribute band!

Sure, the show has a comedic element to it. But it was clear from the second the ladies stepped on stage to open with Let’s Go Crazy – Rudolph donning a lace blindfold, no less – that we were dealing with legit Prince fans.

I’ve only seen his majesty live once. It was a sold-out stadium show in Vancouver, BC in 2013. Prince played for nearly 3 hours…and when the house lights came on, he kept going, despite his stage being torn down around him. The man is unstoppable!

I wasn’t sure how Prince would feel about Princess, but it turns out he’s a fan according to this interview Rudolph gave for LA Weekly upon meeting her idol.

“It was like the gates of heaven opening,” Rudolph says. “Gretchen and I got to meet him the last time he played in town. And he gave us both these big, nice hugs, and he said that he had our performance on Jimmy Fallon recorded on his DVR.” (side note: the backwards bit is kind of epic)

I’ve seen a lot of incredible live shows in LA this year, but I can’t say I had more fun than I did at the Princess show. If you’re in San Francisco in January, they’re playing SF Sketchfest. 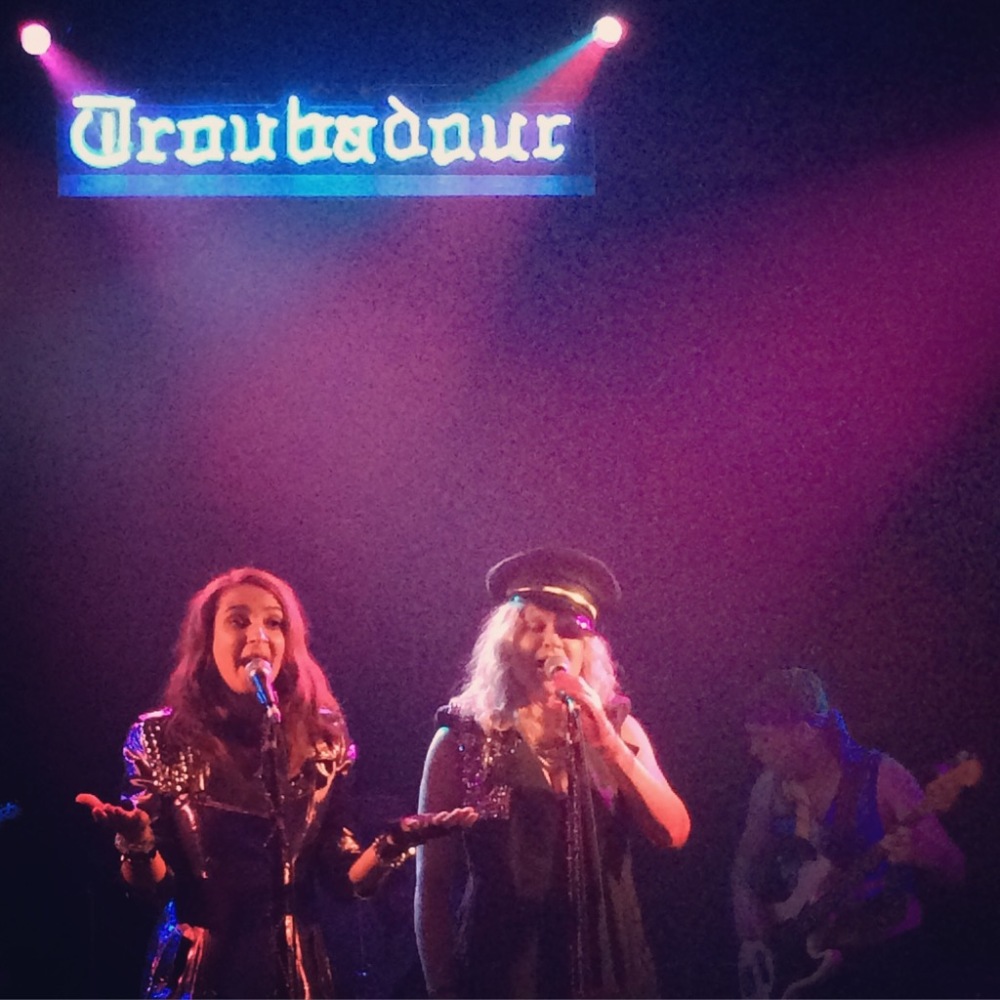